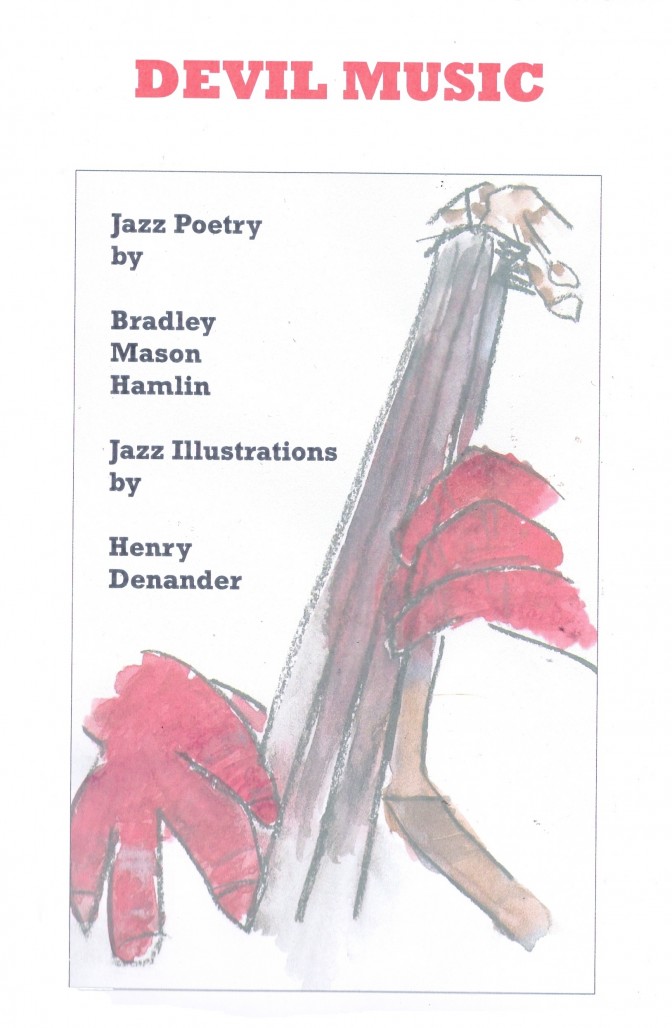 I've done the cover and all the illustrations to Bradley Mason Hamlin's poems.

12 Gauge Press was actually the first publisher who wanted to publish my work. I had bought a lot of books from Gary Aposhian at the press and he wrote me to say he liked the small drawings and doodles I made in my letters to him and he asked me if I wanted to illustrate this book. Then it took many years for it to be published but that's another story.
R.I.P. Gary.

Here's what the press release said:

32 pages of poetry and artwork inspired by and in tribute to great artists such as Buddy Bolden, Louis Armstrong, Dizzy Gillespie, Zoot Sims, Miles Davis, Billie Holliday, Charlie Parker & others.

"Hard-knuckle Bukowskian jazz poetry that brings them all back, Miles Davis, Billie Holiday, Thelonius Monk, Charley Parker, etc., and the whole jazz epoch that they produced and that produced them."
- Hugh Fox

"The giants of jazz are reborn in the rhythms of the poet Hamlin and are matched by
illustrations of the foremost artistry and individuality."
- Gerald Locklin