Henry Miller vs Ghikas in Hydra 1939

The ruins of the painter Ghikas’ house are still there,
on the slopes facing the Kamini harbor on Hydra island.
We heard that the property was sold to someone from Athens
but nothing has happened since the fire in 1960 that
destroyed the beautiful mansion and made Ghikas
leave Hydra for good.

I’ve climbed up the hills many times to see if I could
get inside the house. Once I managed to get to the top
of the property but it was impossible to climb down to
the ruins. I would have to walk through the place where
donkeys now are kept and I would have to find out
who the owners are.

My friend the American painter and I dream of
getting inside the house. He wants to take his easel there
and paint the view from the terrace. I want to go inside and
see if maybe the table tennis set is still there;

I want to have a game on the very table
where Henry Miller and Ghikas used to play.

Henry Miller came here in 1939,
to visit Hydra and to write about Greece.

And to beat Ghikas in ping-pong. 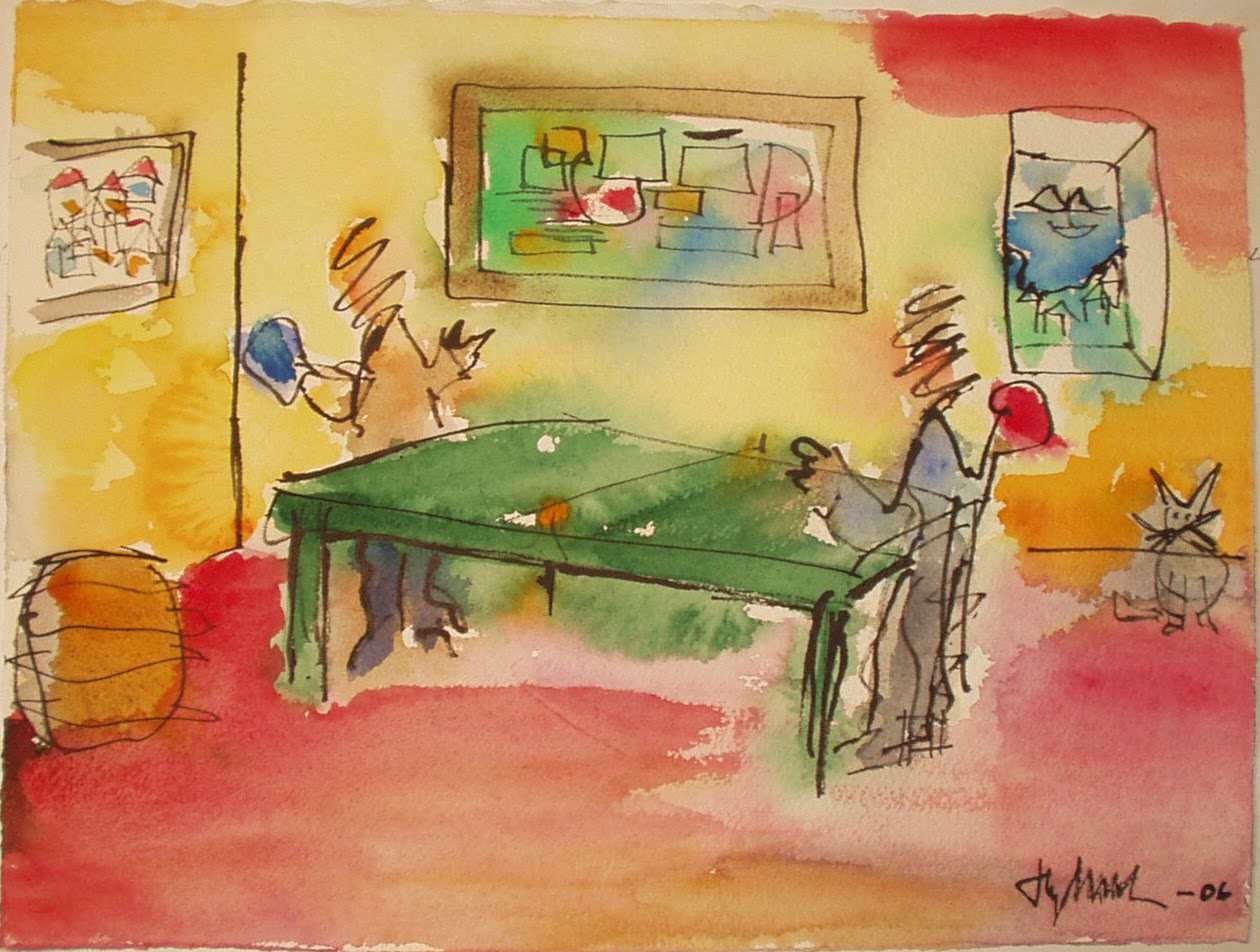 Published in The Loulaki Bar, 2009